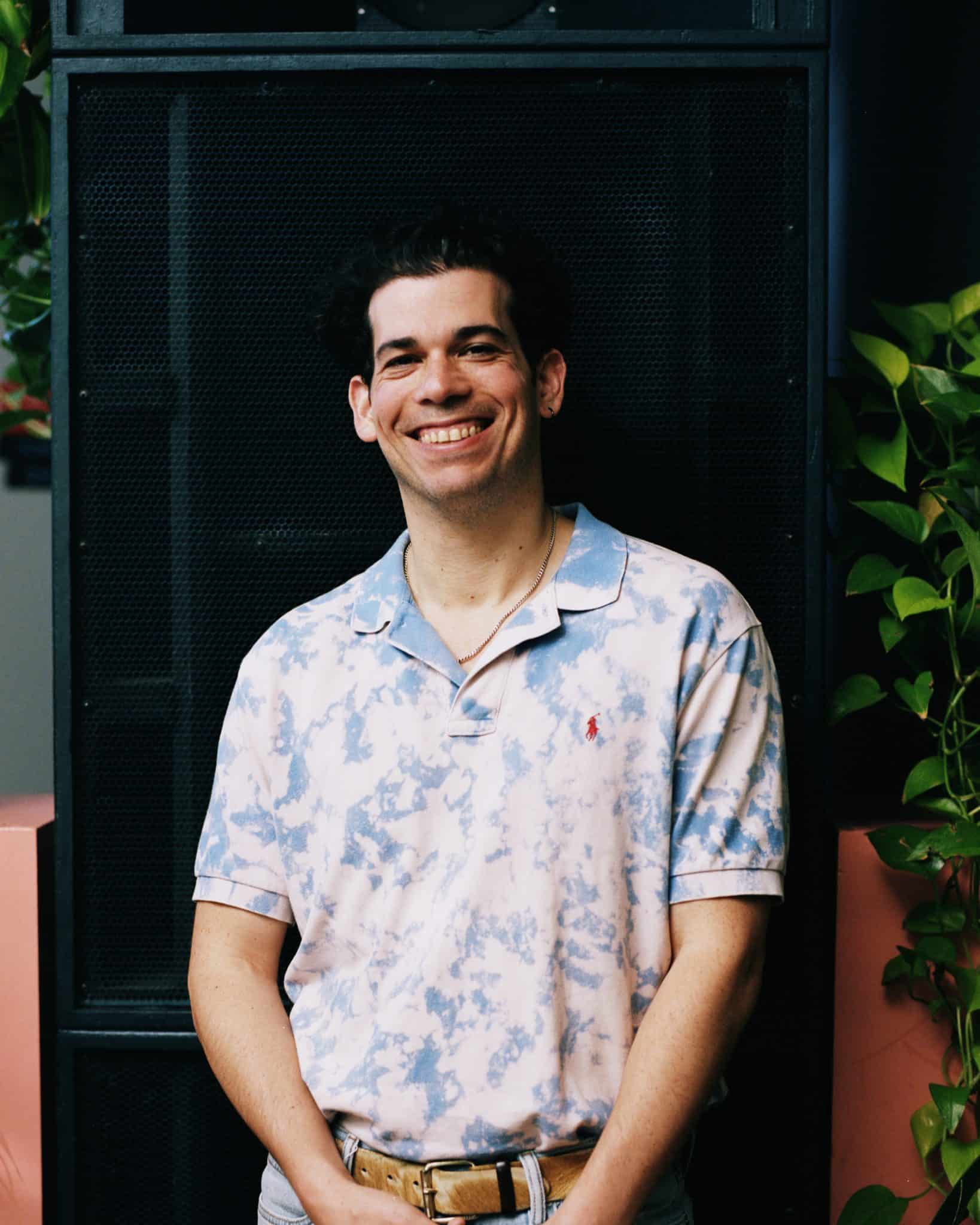 Physical Therapy is Daniel Fisher, the Queens-based New Jersey-born producer, DJ, and head of the Allergy Season label. Fisher is known for a constantly shifting and abstracted take on club music, from bongo-infused techno to breakbeat science.

In one short decade, Fisher has gained a cult following for his dynamic DJ sets and playful productions. From humble beginnings in New York City dive bars, Fisher carved a path through the Brooklyn warehouse scene before moving to Berlin in 2013 and starting his own label, Allergy Season. In Germany, Fisher absorbed the sounds of the scene and developed his own, singular interpretation of techno — closer to the jocular energy of the 90s than the heads-down thumpers Berlin is known for. Regular slots at Berghain and Panorama Bar soon followed. Meanwhile Fisher kept a presence on the New York scene with Allergy Season parties at venues like Bossa Nova Civic Club, and a residency at the infamous Club Shade as Fatherhood (his duo with fellow NYC DJ, Michael Magnan). In 2018, after settling back in New York he began his his residency at Nowadays, the club run by Eamon Harkin and Justin Carter of Mister Saturday Night, where he plays genre-spanning sets of up to 9 hours.

Since his first 12″ on the now-defunct Hippos in Tanks, Fisher has put out over 20 releases on nearly as many labels. Though stylistically diverse, his tracks are bound by both a sense of humor and their dancefloor readiness. Major projects include: “It Takes A Village: The Sounds Of Physical Therapy” a 2xLP compilation released on Allergy Season featuring 11 original productions by Fisher under 9 of different aliases, ranging from jungle to hip hop to house; “Dead Rock” a critically acclaimed album of tender ambient and electronica under his Car Culture alias; and “Tears on My Garage” a recent EP of hook-laden, emotional interpretations of UK club music.